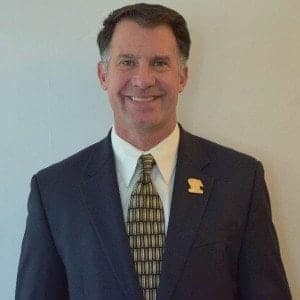 J.D. Doyle was presented with the 2020 Bernie Ulman Award. This award is presented to an individual who has contributed to the continued success of intercollegiate lacrosse officiating and when applicable has made a meaningful contribution to the game of lacrosse.

A long time District 9 official, Doyle has officiated for over 18 years at the highest levels; including multiple Colorado State Championships, NCAA Conference playoffs, the Division 1 and Division 3 tournaments, MCLA championships, as well as the MLL and NLL playoffs.  Doyle was inducted into the Colorado Lacrosse Hall of Fame in 2017.  He has served on numerous local boards and committees, including the NILOA Board. At every level, Doyle has worked to educate officials, "sharing his experiences, both good and bad" with them in order to help them elevate their game. His nominator declared that "he has been a tireless advocate for lacrosse officiating in District 9 and the entire country." 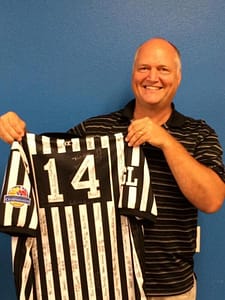 Tom Sutton, a longtime member of NILOA, was awarded the 2020 Frenchy Jullien Award. The award is presented to an active or past member of NILOA who has contributed to the continued success of the NILOA and, when applicable, has made a meaningful contribution to the game of lacrosse. Sutton has worked for over 24 years at the highest levels the sport has to offer, officiating NCAA, MLL, NLL and FIL championships.  In addition, he has served on multiple boards, including the New York State Lacrosse Officials Association, as well as the NLL Officials Association, and NILOA board. In addition he chaired the Men's Division Officials Council of US Lacrosse. Currently Sutton serves as the Director of Development for NILOA and was recently named Chair of Officiating for World Lacrosse,overseeing the men's, women's, and indoor game.