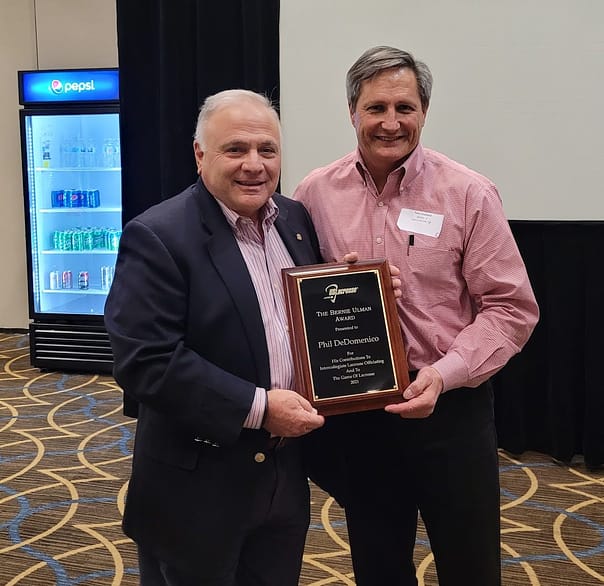 Phil DiDomenico was presented with the 2021 Bernie Ulman Award. This award is presented to an individual who has contributed to the continued success of intercollegiate lacrosse officiating and when applicable has made a meaningful contribution to the game of lacrosse.

DiDomenico has officiated lacrosse, football and basketball since 1974.  He began his career in lacrosse with the New Jersey Lacrosse Officials Association (NJLOA). He has worked at the high school level for more than forty-five years and continues to make contributions today. In 1976, he began refereeing college games for the Metropolitan New York/New Jersey Lacrosse Officials Association, District III.  DiDomenico has officiated in numerous Garden State Games, New Jersey State Interscholastic Athletic Association (NJSIAA) Championships, Coaches Tournament Finals, and County Tournament games.  He was an NCAA officials for 38 years and worked both the Division I (1996) and Division III (1999) National Championships.  DiDomenico officiated the Major League Lacrosse (MLL) for 11 years including, the inaugural MLL championship in 2000.

In 1989, DiDomenico was recognized by the NJSIAA for his contribution to high school athletics and he inducted into the New Jersey Lacrosse Hall of Fame in 2000. 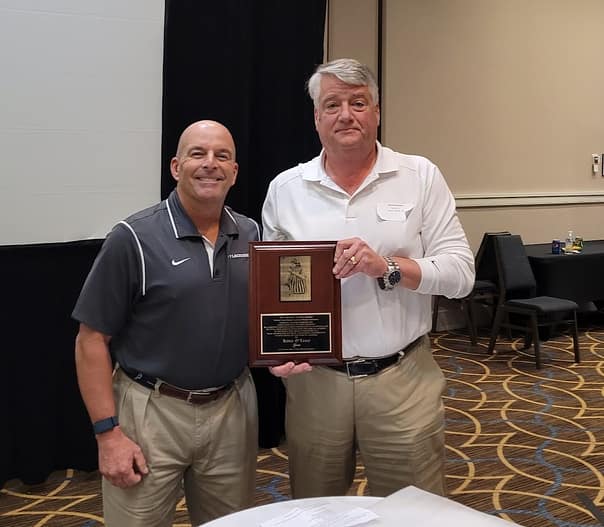 Kevin O'Leary, a longtime member of NILOA, was awarded the 2021 Frenchy Jullien Award. The award is presented to an active or past member of NILOA who has contributed to the continued success of the NILOA and, when applicable, has made a meaningful contribution to the game of lacrosse.

O’Leary played goalie at the University of Maryland (1981-1984), As a collegiate official, he worked multiple NCAA National Championships. O'Leary was a World Games Official and an original Major League Lacrosse (MLL) official.  Later he served as the Director of MLL Officiating.  He was an assistant coach for both mens and womens collegiate teams.  He currently serves as as NILOA's Executive Director and the Director of Observations.