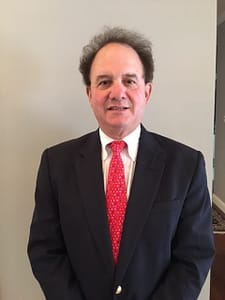 Steve's Vision
“The ultimate goal was to have all college officials under one group with the same mechanics and training throughout the whole country – essentially to officiate the same way through all the states that have college lacrosse. We strive to have a voice in mechanics, training and rules, to have the respect and knowledge from the college coaches on what we do, and how we do it.

"I can honestly say that having served on the executive board since 1989 that NILOA has accomplished many of those goals. Bringing young officials into our group is a priority and all districts have been very pro-active in accomplishing this goal. By having a very diverse executive board this has helped our vision to make NILOA a highly respected collegiate lacrosse officials group.”

Personal:
Steve is the owner of Queenboro Farm Products, Inc (a dairy manufacturing and processing business). He has been a certified Professional Ski Instructor for 30 years. His wife, Anne, is a golf coach for 17 years at the high school level. Steve’s two sons, Bryan and Jeff were both college lacrosse players, Steve has one granddaughter, Finley.