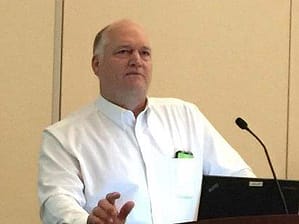 Tom’s Vision:
“I believe we have to ensure consistency throughout the country with regard to rules application and field mechanics. It is important that every member of NILOA receives the same training and has access to the same material. Using the technology available to us through our website and through video, we have a great opportunity to enhance all those areas of focus and bring that consistency.”

Personal:
Tom has been married to his wife, Pamela, for 31 years. He has three daughters and five grandchildren, and is an Operations Manager for Kinder Morgan in Western New York. Tom played High School and College lacrosse in the Central NY area. He is the past President of New York State Lacrosse Officials Association (NYSLOA), the past President of National Lacrosse League Officials Association. (NLLOA), and the past Chair of the Men’s Game Officials subcommittee of US Lacrosse.

Tom is on the Board of Directors for Niagara Frontier Lacrosse Officials Association, and the assigning agent for High School and College Club leagues. He was the Deputy Referee in Chief for FIL Under-19 World Championships in Turku, Finland in 2012 and the Referee in Chief for FIL World Championships held in Denver 2104. He was the FIL representative for World Indoor Championships 2015 held on the Onondaga Nation, Syracuse NY, and is an International Lacrosse Observer /trainer (FIL)